When Scott was young, a sports injury permanently altered the appearance of his front teeth. He was dissatisfied with the set of veneers he received after the injury. Dr. Bruce Wilderman helped him experience superior porcelain veneers benefits through a highly personalized treatment.

Scott: When I was younger, growing up, I had a sports injury where I got hit in the mouth. And it caused my front teeth to get darker than the rest. And so I had some veneers put in roughly 20 years ago because I wasn't satisfied with the unevenness of the color. And so I came to Dr. Wilderman through a mutual friend and he was able to replace the veneers that I had originally and to whiten the entire smile up again. The procedure in its entirety is somewhat time-consuming so it's very important to have a good personality fit with the people that you're working with because you are in here several times and for good amount of time to get the end result. And so when I came in here initially for a consult with Dr. Wilderman, there was a very comfortable rapport within the office. His staff is very friendly and congenial. They took a personal interest in family and things like that. So that was the first reason. The second reason is because it is a big commitment, both financially and time wise, I did a lot of research on my own with regard to referrals and folks that had given reviews of Dr. Wilderman in the past. And apparently, he's the most highly rated folks in this profession with regard to this type of procedure. So that gave me . . . between those two things, he gave me the confidence to go ahead and make the commitment. Announcer: If you want or have been considering a masterpiece smile for yourself, contact our office today. 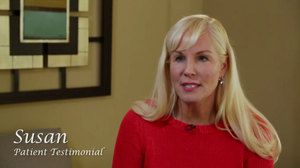 How Long Do Veneers Last?

We Can Help You Stop Grinding Your Teeth During Sleep

For the Anxious Patient

A Commitment to Excellence in Cosmetic Dentistry

Working with Each Individual